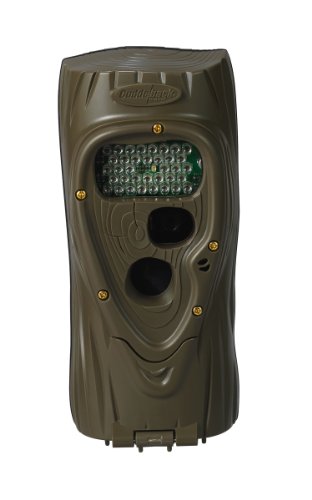 Until now, if you chose an infrared scouting camera to avoid "flashing" deer, you had to accept compromised image quality. Infrared images were not only black and white, but they were low resolution and improperly exposed. The new Attack IR changes that. Attack IR takes 5 MP images both day and night. The IR images are stunningly clear. Attack IR uses 36 high-power IR LEDS for a true 60 foot flash range. The Rapid Pulse Technology minimizes IR LED glow by pulsing LEDs for just 1/4 second. Cuddeback's exclusive Adaptive IR Enhancement Technology assures IR images are correctly exposed. The Attack is the result of over three years of design and development and the brain-child of the best and brightest engineers in the U.S. No corners were cut and no idea left unconsidered. The final product is an engineering marvel that you will appreciate every time you use it. Features Full Season Battery Life of 50,000 images. The flash system is 36 Hi Power LEDs.

The product of more than three years of design and development, the Cuddeback Attack IR 5-megapixel game camera produces images like you've never seen before. Before the Attack IR, infrared cameras were not only black and white, but also low resolution and improperly exposed. If you wanted to use an infrared camera to avoid "flashing" deer, you had to accept a washed-out, compromised image. The Attack IR, by contrast, takes stunningly clear 5-megapixel game images both day and night. With a variety of high-performance features--including 36 high-power IR LEDs that provide a true 60-foot flash range--the Cuddeback Attack IR is the pinnacle of game cameras. Sharp, Centered Images
The Attack IR boasts an ultra-fast trigger speed that's quick enough to catch a deer running at 20 feet per second. As a result, you'll have a far better chance of capturing an image of a speeding deer or bear--the reason you're using a scouting camera in the first place. The camera also includes Cuddeback's exclusive Centered Subject Technology, which not only detects the animal but quickly centers it within the frame. No more snapping a photo of a large buck only to see his head or antlers cropped out of the frame. And the Attack IR is dead on when it comes to color. The camera employs Cuddeback's exclusive SmartColor Image Technology to make the blue sky bluer, the orange sunset more vibrant, and the green foliage more vivid. Add in the company's Adaptive IR Image Enhancement Technology--which ensures that IR images are correctly exposed (no more washed-out detail from close in)--and you'll enjoy vivid, extra-sharp images every time.

The Attack IR takes both video and still images at the same time, so you don't have to give up your still when you take video. The camera captures 30-second video clips at a premium-quality 24 frames per second both day and night. The camera also mounts conveniently to a variety of surfaces, with a Genius Mount System that screws or straps to trees, poles, and other objects. Simply attach the mounting bracket to your surface and slide the Attack inside. Additional brackets are available, so you can affix them to a tree and leave them there for future use. Other fundamentals include 60 MB of internal memory; an SD card slot; and an extra-long battery life (up to one year on a single set of four D-cell batteries.

Extras
The Attack IR far surpasses most other infrared game cameras thanks to such features as Guard Duty Time Lapse Mode, precise moon and sun information, and a handy Test Mode. In Guard Duty mode, the Attack IR will automatically take five images per minute during daylight hours. No animal is required to trigger an image, so you can monitor a food plot, stand site, or field all day, every day. The Guard Duty feature gives you an entire day's worth of high-resolution 1.3-megapixel images that you can view in rapid fashion with Fast Watch, a feature of Cuddeback's Trophy Room image management software (free download). It takes just 10 minutes to watch 12 hours worth of images.

The Attack IR also provides in-depth moon and sun data. Whereas some scouting cameras print a generic moon phase icon on the image itself, Cuddeback goes above and beyond by displaying detailed moon and sun information for the exact time the image was taken. Using the Trophy Room software, you can learn the exact moon phase, the moonrise/set time, the sunrise/set time, the moon/sun position in the sky, and deer movement prediction times. With Trophy Room, you can generate reports that analyze all your images to reveal how the moon influences deer movement.

Finally, you can make sure your Attack IR is properly aimed with the Test Mode, which lets you walk in front of the camera and test the camera's aim. With the rotary knob on Test Mode, the camera test light will blink when you're sensed, identifying the moment the camera would take an image.

About Cuddeback
In 1984, Mark Cuddeback began building a device that would allow him to become a better hunter. He wanted to photograph and record the date and time of deer activity as a means of scouting. Within four years, Mark had developed one of the first scouting cameras, which he began marketing in 1989 under the Non Typical Engineering name. In the ensuing years, the Cuddeback name has become synonymous with state-of-the-art digital scouting cameras. 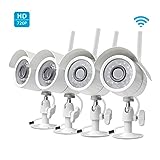 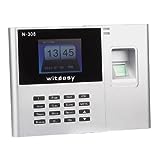 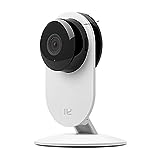 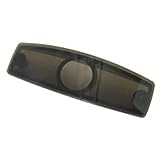