In an interview with CE Pro, ADT’s chief innovation officer Arthur Orduna says ADT will soon announce some other devices in the ecosystem for the new camera/automation thingy (they haven’t announced the product name yet) ecosystem.

In the meantime, we should expect the device out-of-the-box will communicate with a wide range of Z-Wave and ZigBee devices – lights, door locks, thermostats and the like.

We can also expect it will integrate cloud-to-cloud with IP-enabled devices like Nest, with which ADT just announced a partnership.

The ecosystem will develop rather quickly, thanks to a new open API being released by ADT for Pulse.

In fact, says Orduna, the really big news about Nest is “the fact we were able to do integration so rapidly because of the API set.”

He notes as well that the API “covers the new product,” not just Pulse, so ultimately there will be a single ADT environment across devices, services and customers.

Which brings us to Icontrol. We have learned that ADT is not using Icontrol for the new product line. Will it continue to use Icontrol for Pulse? It seems not, considering ADT wants a unified environment across all product lines.

ADT isn’t yet naming its new SHaaS provider, but sources suggest it is Zonoff, which currently powers Staples Connect, as well as the Tahoma smart-home system from Somfy, a leading provider of motorized shading products.

Coincidentally (or not?), Zonoff also just announced Nest integration. The company raised $31.8 million Series B funding last December and is approaching 100 employees, which will all be able to fit in Zonoff’s brand new 35,000-squre-foot office space in Malvern, Penn., which is three times the size of Zonoff’s last place.

That round of funding included money from an unknown strategic partner, which was rumored at the time to be ADT.

It may be the case that ADT will continue to use Icontrol services as a subset of its overarching new cloud platform. That’s what Comcast is doing with its Xfinity Home service. The cable provider just announced it would move to its own platform, separate from Icontrol, and open up its API.

The potential loss of those two major accounts will surely sting Icontrol, which along with Alarm.com has dominated the market for interactive security and home automation for the last decade.

Alarm.com, which is sold through hundreds or thousands of independent dealers, is up to about 1.5 million subscribers right now. Total guess, but maybe Icontrol has around 2.5 million subscribers if you count ADT’s 1.2 million Pulse customers plus whatever all the cable companies have sold. Most of them use Icontrol for interactive services, and Comcast, Time Warner and Rogers have about 4% market share of some 24 million U.S. households with monitored security, according to research from ADT and Parks Associates.

This year, Icontrol launched a program called Icontrol One to capture the independent-dealer market, which accounts for about 56% of the North American market for residential monitored security.

The first major customer from that channel is Monitronics, whose dealers capture about 4% of the home security market.

Last year, Icontrol acquired Piper, maker of a smart camera/automation hub not unlike ADT’s new product. Currently, Piper does not communicate with professional security monitoring stations, but perhaps that will change.

So if you’re worried about Icontrol … they’re working hard to make up the business.

IFTTT is Coming in a Big Way

Last year, ADT announced it would launch a “channel” on IFTTT, the if/then engine that enables disparate devices and services – Nest thermostats, Philips Hue lighting, Belkin Wemo switches, Google Calendar, Twitter and the like—to communicate with each other via the cloud.

The company, he says, is “happy” with the performance so far.

ADT will take IFTTT integration further than usual, with the intent to “embed IFTTT functionality” into the Pulse API and the entire ecosystem, according to Orduna.

As a Reminder, Here’s the Prelim Specs of the LG Camera

CE Pro sends out an email newsletter most days of the week, and in most of those newsletters I include a little editor’s note (the note being little, not the editor).

Here’s the note from today in case you missed it, which I hope you didn’t:

After buying AMX stock at $21 and selling it for $3 about 15 years ago, I no longer trust myself to invest in the stock market. But if I was gonna do it I’d buy ADT. The company seems to be doing everything right. The Pulse home automation product with Icontrol interactive services has been a phenomenal success, with more than 70% of new ADT customers opting into the more expensive solution, and attrition rates that are far less than with ADT security alone. Now ADT is coming out with a DIY product co-developed with LG. It’s a camera with a home automation hub built in (like Piper), made for the mass DIY market, with optional pay-as-you-go security monitoring through ADT. This is a perfect next-step for the security powerhouse. Let’s just hope that independent ADT dealers get access to the new product and related services. I’ll keep pushing ADT on that point. 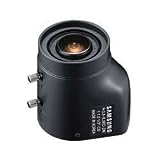 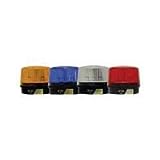 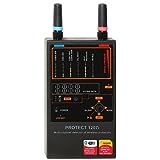 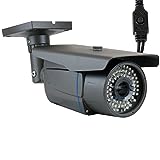